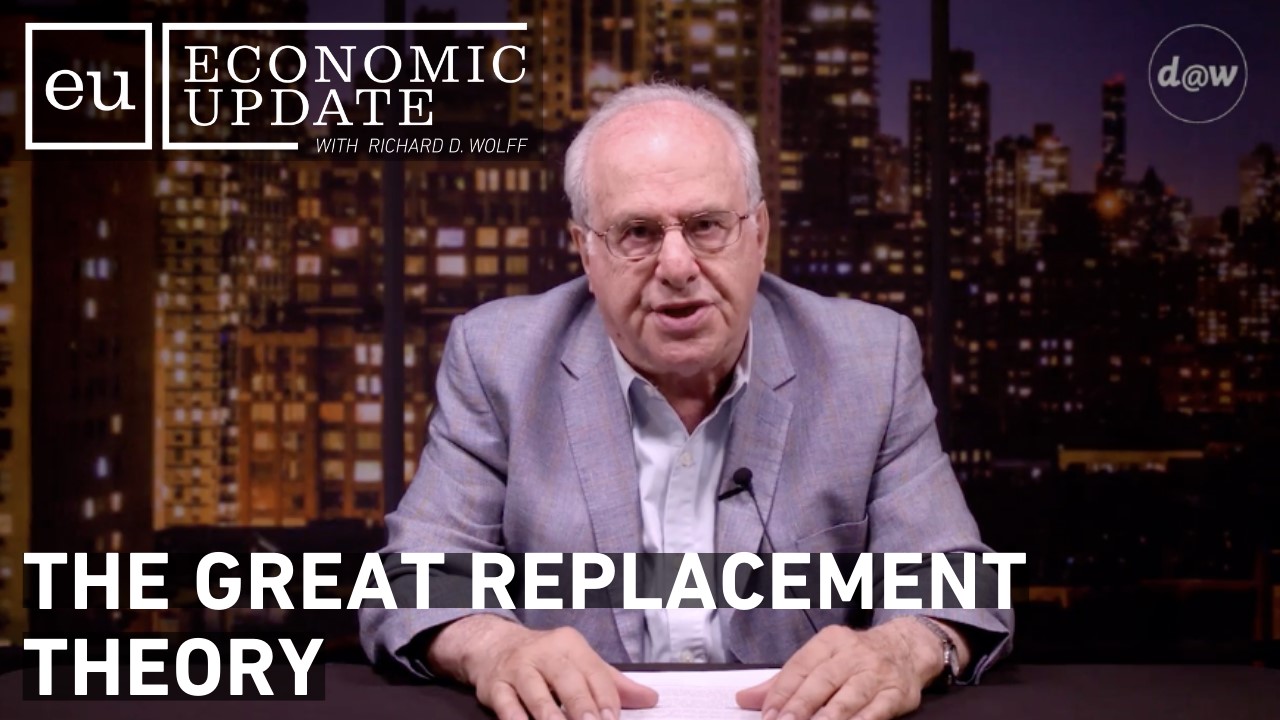 In this week's show, Prof Wolff discusses the replacement theory's grain of truth amidst its mostly ideological function: to save capitalism from criticism. He analyzes why US capitalists deprived so many white, male, Christian workers of their jobs, incomes, and social standing over recent decades and why that analysis was largely silenced by Cold War taboos since 1945. Were a new US left-labor alliance now to offer that critical-of-capitalism alternative, replacement theory's notion of a great conspiracy (largely by Democrats) to replace white, male, Christians with "others" would be far less socially influential.